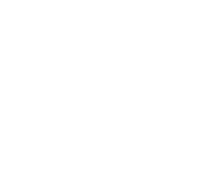 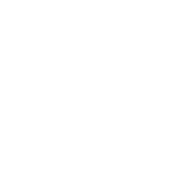 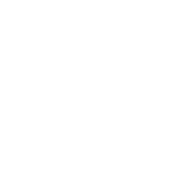 The idea of creating a Foundation is the result of a choice on Dominique’s part, who was always very involved in volunteer work with regard to disabled children. As a member of the Regional Association for Cerebral Palsy (ARIMC, now Odynéo), an association that welcomed our son Tom when we first moved to Lyon, she greatly contributed to community life and leisure activities within this large and wonderful association set up and ran by parents of brain-damaged children.

In 2004, Association Soleil, created in 1992 by Dominique and other parents, successfully opened MAS Maison Soleil in Soucieu-en-Jarrest, a specialised residential care facility, with the help of ADAPEI, an association of friends and parents of mentally disabled people in the Rhône region. Tom was one of its very first residents.

Dominique’s illness, diagnosed in 2002, was worsening, and in 2007 I decided to sell OPi, as it was taking up all of my time. Dominique, who was also involved in the company, was particularly sad to leave our teams, but we were both exhausted.

When we sold OPi in 2007 Dominique chose to support projects concerning disabled children. We financed the first project, which was a Snoezelen Room for MAS Maison Soleil, then decided to build on OCTALFA, our family holding, to create the Alberici – OCTALFA Corporate Foundation.

When Dominique passed away in 2008, Julien and I chose to rename the foundation by adding Dominique’s name and extended its scope to include cancer. The first projects were financed early in 2009 on the basis of requests made by people and organizations close to the Alberici family.

The foundation was developed with the help of its first administrators Christian Juncker, Yves Devaux, François Valencony and Elisabeth Guichard.

In 2012, we created the Institut Dominique & Tom Alberici Endowment Fund, which enables us to collect donations made by our loved ones, friends and a few partner companies. The projects supported by the Endowment Fund, which we deal with the actions ourselves, are similar in terms of scope and nature to those of the foundation, with a focus on Madagascar. Emmanuèle and I discovered Madagascar in 2012 during the inauguration of a residence facility for the families of children in hospital in Antananarivo. And so our Madagascar Disability and Assistance Twinning (JHAM) projects began.

Since 2008, more than 165 projects have been supported, 2/3 of which concern disabled people and 1/3 for cancer patients.

We are now focusing more and more on actions that directly impact patients. We are delighted to contribute to these projects, and to attract new sponsors to support our actions.

I want to thank all our administrators, personnel, donors, project promoters, and volunteers, who are fuelling this philanthropic endeavour based on the values that guide our actions and the wishes of Dominique Alberici. I am sure she is happy with the result.

Do not hesitate to contact us if you want to know more!